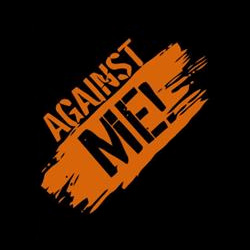 Last time we spoke in 2009 you were writing White Crosses, inspired by the stimulation of being on the road.

"Yeah I mean that's just always been part of life, to move fairly often. I totally get stimulated by travelling and it really helps with writing for sure, going to a new place every day and seeing new people and having new experiences. To the point where you come off the road and it's a real shock to your system, to not have that mental stimulation and have that constant thing happening."

Was there an overlap in the songwriting for last year's solo EP Heartburns and this new album?

"For me, doing that EP was really gearing up for writing White Crosses. There were a couple of songs that I had written in the studio around that time that came out of that period of songwriting but really it was more just getting into the swing of it. But just the nature of that whole (solo) project, I just wrote a bunch a songs and was really just interested in having some fun and not really obsessing over every minor thing. I just wanted to write and record it quickly and then get out and tour whereas the process for White Crosses was a lot more methodical and labour-intensive."

Do you perform anything from Heartburns in the Against Me sets, any up-tempo stuff like Random Hearts?

"Yeah actually we do a full band version of Amputations and we do the song Anna is A Stool Pigeon and Burning Hearts sometimes too."

A lot has been made of Against Me's crossover success and the broadening of your sound and fan base .. is White Crosses a reaction to any of that?

"Um, not in anything that's conscious. If anything it was sub-conscious."

Sonically how do you rate this album?

"Well I think that this is even sharper than the previous one. If you look at all of our recording output then you can really see with each recording gradual refinement. Just as we've learnt how to use gear to emulate the sounds that we're hearing and bring them out and just becoming more comfortable with that whole process."

Producer Butch Vig needs no introduction - how did you find him?

"I feel 100% grateful for everything Butch has done for us. I honestly feel like he gets our band. He listens to your ideas and we listen to his. I think it's a really respectful and healthy relationship and that he really brings the best out in us. And it's also just a lot of fucking fun making records with him! When we were doing White Crosses there was actually a basketball court around the corner from the studio so whenever we started to feel like we were going a little stir crazy everyone would just run over there and shoot a bunch of hoops. We're all horrible basketball players so it was entertaining for anyone who's watching for sure."

Tell us about the song I Was A Teenage Anarchist.

"When I started out writing that song I had the line I was A Teenage Anarchist and I just thought it was a sensational line like Michael Landon in I Was A Teenage Werewolf, you know, 'confessions of a teenage anarchist'. I thought it would be a cool approach to a song and then I stated thinking about what those confessions would be. What would the story be?

Are there any true American revolutionaries left in corporate America, in your view?

"Gee I don't know, that's just not something that I really think about. I don't really consider anyone in that light. That's not to say there's no-one out there who I don't respect or admire."

Is there an element of personal protest on this record?

"When I was writing it I didn't want to think about my intentions, I just wanted to write a bunch of stuff without limitations and not within the confines of having to write a protest song or a song about the war or anarchy or this or that. Ian Mackaye said it best when he said 'your emotions are nothing but politics'."

The BP spill has certainly stirred things up hasn't it?

"Today is the first day that there isn't oil leaking into the Gulf of Mexico. It's incredibly frustrating because it's something that no-one will ever be held responsible for. And coming from Florida, I grew up swimming in the Gulf of Mexico, I spread my grandmother's ashes in the Gulf of Mexico - and now it's ruined. I feel like the full effects of this disaster have only just begun to be felt."